BEHIND THE SCENES DOCUMENTARY - HEALTH & EDUCATION

YKIDS wanted to host an online cooking show upon their YouTube channel in order to promote healthy eating in the local area and help families create meals within a set budget.

During the months of October - December 2019 BG Digital ran workshops in conjunction with YKIDS to train participants in the use of video production equipment. The participants were a mixture of grand parents, parents, grand children and children. Every workshop was held at YKIDS under the supervision of staff members.

The training gave the participants the opportunity to take part in the filming of two episodes of the cooking show, which would later be available on the YKIDS YouTube channel. Each episode opens with an animated sequence, which all participants took part in filming.

This project was funded by the National Lottery. 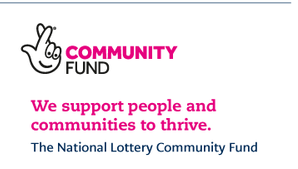 Logline: A behind the scenes look at the making of an online cooking show.

Press: Click on link(s) below for press coverage of project.

On February 12th 2020 we held a launch event at the Bafta award winning Crosby Plaza cinema. At the event we watched a behind the scenes video, which you can view at the top of this page. As well as the first two episodes of the cooking show which participants from the workshops filmed. After the screening all participants were awarded a certificate of completion for taking part in the workshops.